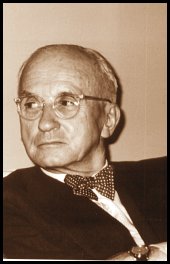 Born in 1898, Harry Norman Bawden joined the 18th Canadian Battalion when he was eighteen. He fought and survived the battlefields of France, Germany and Vimy Ridge. After graduating with a Law Degree from Osgoode Hall in Toronto in 1924 he joined Dominion Securities Corporation, a Canadian investment bank. In 1926 he was promoted to Vice President. Schooled in the world of finance, largely during the Great Depression. He eventually rose to be the firm’s President, Chief Executive Officer and finally Vice Chairman. Under his leadership Dominion Securities grew to be one of Canada’s most prominent Investment Banks and was acquired by Royal Bank of Canada. RBC Dominion Securities remains today as Canada’s leader in full service investment and wealth management with over 200 billion in assists under management. Throughout his career Harry Bawden held many prominent positions such as: Director of the War Finance Committee, he was an active Board member of Molson’s Brewery Ltd, Dominion Foundries & Steel (2nd largest and Canada’s most profitable steel company), Toronto Western Hospital, Maple Leaf Milling (large food conglomerate) and Dofasco (a large Canadian steel company). He maintained an active interest in the corporate and political affairs of the nation until he died in 1976. 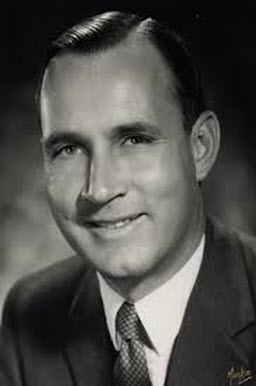 Focusing on oil & gas exploration, aviation, gold mining and insurance businesses among others, throughout his career Peter Bawden financed and built a number of companies globally.

Born in 1929, Peter Bawden ran Peter Bawden Drilling Ltd., a firm he founded in 1952 and grew to become one of the largest privately owned oil and gas drilling firms worldwide. In 1951 at 21 years old he developed an interest in the oil business and decided to buy his first rig. In 1952 at the age of 23 Peter Bawden Drilling Rig #1 sprouted oil. A true pioneer in the industry, he was the first to discover oil and drill north of the Arctic Circle. In 1960 Bawden acquired Trident Drilling becoming Canada’s largest drilling company. The company then expanded abroad with half a dozen rigs in Australia and later to the middle east, then worldwide. He also acquired Mosswood oil and gas and had diversified gold and mining interests in Canada and Australia. In 1991 he founded Executive Flight Centre and built it into Canadas largest aviation service company.

He served as a Member of the Canadian House of Commons from 1972 to 1979. Cabinet Member Peter Bawden was a member of the Common’s Committee of Finance, Trade and Economic Affairs; External Affairs and National Defense; and National Resources and Public Works. For seven years and he served as a delegate to the NATO Parliamentary Assembly representing the Canadian Parliament to meet and discuss common security problems. He also served on the Canada/US Inter-parliamentary Committee. Peter Bawden was a Director of the Calgary Special Olympics and Trustee of the Canadian Olympic Association. For his service to the country, he was awarded Canada’s highest honor, the Order of Canada.

He has served as a director of Air Canada, Barclays Bank, Boeing, Safeway Stores, Procor Ltd, Jannock Ltd, Westair Resources Ltd. and Mosswood Oil and Gas Ltd. Peter Bawden was a member of the Young Presidents Organization, the Business Council on National Issues, the World Business Council and The Washington Quarterly Roundtable. He was a member of the Ranchmen’s Club of Calgary, Calgary Petroleum Club, St. Moritz Toboganning Club, Bermuda’s Mid-Ocean Club and Eldorado Golf & Country Club in Palm Springs.

Jen Bawden is a best-selling author, philanthropist and serial social entrepreneur passionate about disruptive technologies with a decade of experience in Homeland Security technology solutions. She was one of two co-founders with the U.S. Department of Energy to build a department of Homeland Security Anti-Terrorism Technology company, funded by DNDO (Domestic Nuclear Detection Office) to develop and deploy technologies to protect global infrastructure from chemical, biological, radiological and nuclear attack. The company’s award winning sensor technology was built to protect seaports, borders and critical infrastructure. One of her current companies is building next-generation, high-capacity, environmentally friendly batteries. She is a former advisory board member of an oncology company that won the prestigious Frost & Sullivan award for best pancreatic cancer diagnosis and treatment company. From 1999 through 2000, she was a managing director at a boutique New York venture capital firm specializing in technology.

Jen is passionate about macroeconomics and global trends. In early ’07 speeches and in her newsletter, The Contrarian Consensus, Jen was one of the first voices to warn of a coming crash of 1929 proportions and to forecast gold’s rise above $1,000. She’s a contributing author at Huffington Post and Seeking Alpha (a popular financial news site). Jen is a frequent speaker and attendee at leading think tanks, family office events and financial conferences including: The Aspen Institute, TED, The National Committee on American Foreign Policy, Renaissance Weekend, Summit Series and The Secure the Grid Coalition among others. As director of the task force on National and Homeland Security for the Tri-State Area, Jen is committed to protecting our grid from an electromagnetic pulse (EMP) caused by a large solar flare or nuclear attack. (Click here to read full bio.)